How much for that plastic bag?

Recently I visited my good friends Gerry and Dawn in Glasgow.

I packed light, so that I didn’t have to check in any luggage, not to save money but to ensure that I wasn’t held up at the baggage reclaim. Once at the airport I headed for the security line, where I had to scan my boarding pass to gain entry to the queue… As I had everything I needed for 4 days in my hand luggage I obviously had some ‘liquids’ and these have to be presented in a 20cm x 20cm clear plastic bag at security.

Imagine my horror when half way along the security line I spy a vending machine selling ‘airport security liquids bags’ for £1 each! I had no money so I had no choice but to walk on; I did, however, see a few people purchase these bags moaning about the price as they did so. Near the front of the line there was a security guard guiding people to the shortest queue so I asked him what I should do: “Just ask at the scanner and they’ll give you one” he replied, “but we don’t often get asked now as most people already seem to have one…”

Now I know that many shops are now charging for carrier bags, 1p, 5p, 10p etc. but to charge £1 for a 20cm x 20cm clear plastic bag which you can get for free 20 metres down the line seems to be a bit over the top to me! What do you think?

Once through the security checks the journey on to Glasgow was pretty uneventful and I was soon on a bus with Gerry heading for Partick. Thursday evening through until Sunday night was like a very long pub crawl during which I had some great experiences including, but not limited to:

I got home with a sun tan, so don’t believe what anyone tells you about the bad weather in Glasgow – from my experience they are just telling you that to keep you away.

Here are a few photos of my trip: 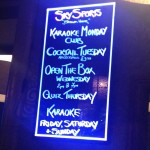 Quarter Gill in Glasgow’s West End – they like karaoke here! 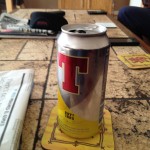 Tennent’s – the beer of choice in Glasgow 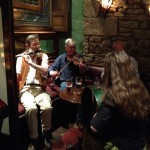 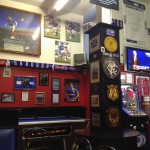 Something makes me think this is a Glasgow Rangers pub… 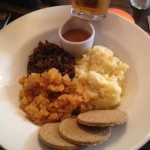 Traditional food of the drunk… 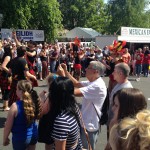 One of Glasgow’s best kept secrets – the sun shines here every day! 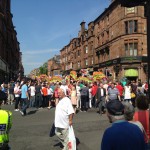