how to deal with a glut of tomatoes 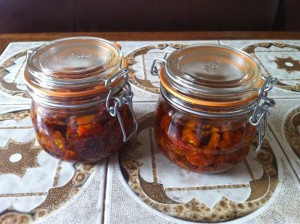 All my vegetables are in full swing now, and at the moment I have a glut of tomatoes. A few weeks ago I picked up a dehydrator from lakeland, and now it is time to use it in earnest! 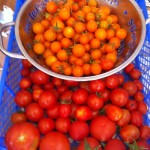 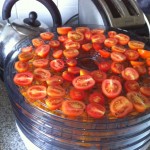