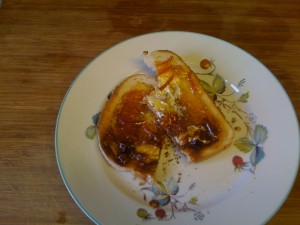 Apologies for the lack of posts, but with the snow, holidays and work I haven’t had time to upload anything recently. I have a large back log of articles so hopefully I will manage to get one up every week from now on.

My Grandmother always made the best marmalade – I don’t think that I ever helped her make it, and the recipe I use is not her’s but at this time of year when the Seville Oranges are in season there is nothing better to do with them than make marmalade.

You will also need: 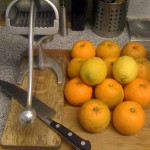 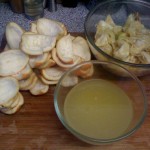 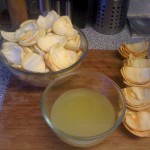 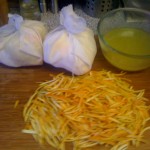 Ready for the pan 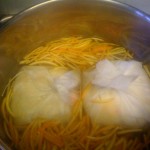 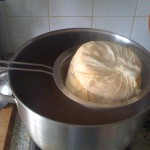 Squeezing out the muslin bags 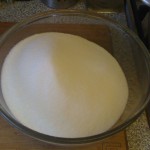 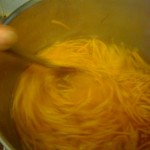 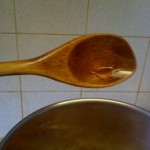 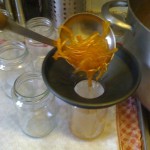 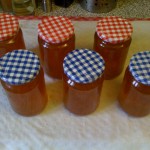